We give you the World 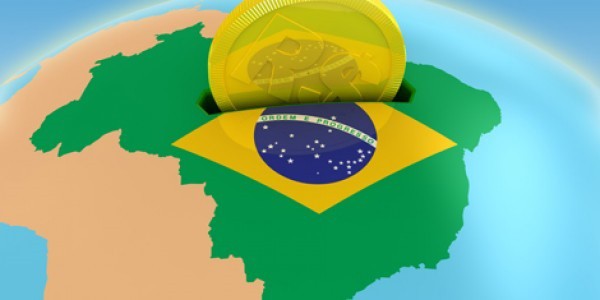 Doing Business in Brazil in 2016 and Beyond

Dominique Strategic Consulting has an office in Brasilia, Brazil, the country’s political center and architectural wonder. Recently, some of its Canadian consultants had the chance to attend an international conference about Brazil.

Oscillating heartbeats, frequently changing updates, speculation, corruption, confusion, half-truths and a general amount of insecurity and mistrust is what comes to mind when one thinks of Brazil’s current state. Brazil which is the 7th economy in the world (GDP in 2014) is one of those few lucrative market that each business wants to capture to boost their growth exponentially but is largely reluctant and wary due the turbulent time both economically and politically.

It is at these times that there is ultimate opportunities and the greatest threat and it is only the one with correct knowledge and the power to hunt out relevant information can succeed. We at DSC living our motto of continuously learning and evolving strive to understand the nuances of the current Brazilian condition and gain insights into the time to come so as to be best prepared to offer guidance to business as they not only enter and establish themselves in Brazil but also seek to gain efficiencies and manage change in the coming times for long term growth.

Dominique Strategic Consulting was invited to the Brazil Canada Chamber of Commerce conference held in Toronto on 29th September 2015 and was attended by various prominent personalities from the world of finance, business, journalism and even politics. Alongside these prominent figures there were also many stakeholders with vested interest present at the occasion. The conference was divided into many discussions that ranged from focusing on the political environment to the current and projected economic scenarios, to the best entry strategy for Brazil. All of these discussions were punctuated with real life examples and anecdotes from presenters and panelists who are considered experts on Brazil. We also video-conferenced with few politicians in Brazil.

The prevalent theme that was echoed by many of the participants, during the entire course of the conference, could be summed up as that the crisis in Brazil cannot be isolated as either political or economic but is a vicious cycle where both are feeding off each other. The unstable government which is burdened with charges of bribery has undertaken financial expansion that cannot be sustained by the economy. But at the same time the little ray of sunshine for Brazilian institution is the freedom that has been given to the investigation agencies carrying out the investigation of the bribery charges.

Additionally each panelist and speaker emphasize enough on the importance of relationship while entering the Brazilian economy. There existed unanimous agreement that for any organization to succeed in Brazil they need to foster strong relationship with partner, that have synergies with them, to achieve the local expertise and be able to demystify Brazil as it is significantly different from Canada or other G-20 nations. In the light of these discussion which highlighted the tools and techniques one needs to have to his/her disposal to be successful in penetrating the Brazilian market in a sustainable manner further reassured DSC`s preparedness in offering consulting services to businesses aspiring to enter Brazil or are currently in Brazil and need advice to manage change. This capability is not just owing to the effort undertaken by DSC members to educate themselves on every big and small facet of Brazil and foster relationships with the local communities but also due to DSC’s partnership with Mandala Group, who holds the title of being the prime arranger of missions to Brazil and is an ocean of knowledge, expertise and network in Brazil from Belo Horizonte, Sao Paulo and Rio de Janeiro to the furthest reaches.

1) Phased approach: In order to be successful in Brazilian market, businesses need to adopt a phased approach policy and implement and setup business practices in stages. Brazil is fifth largest country in the world which is divided into 26 states with each state displaying its unique characteristics which is not just limited to culture but includes policies, governance, rules and regulations.

2) Hire local resources and adopt the local culture: Brazilians place great importance on building personal relationships and this extends to business dealings as well. In order to establish a personal side to your business relationship, businesses need to build mutual trust through hiring of local resources which can help develop business standing on a personal basis within the local market. Therefore, businesses need to mould themselves into the local culture since business negotiations are strongly influenced by personal contacts and connections. Also workforce mobilization is best when an organization is able to adopt the Brazilian culture instead of trying to implant the organization’s home culture.

3) Find partners and don’t go solo: Since Brazil is a huge market, it is ideal for businesses to partner with locals and build rapport by visiting them regularly and establishing a local presence in the long term. Moreover since Portuguese is Brazil’s official language, businesses should find partners that speak the language fluently supporting and accompanying the international partner locally. Additionally the local partner’s contacts and connections can be leveraged by the businesses while first entering the country instead of going through the distress of starting from the scratch.

DSC with its knowledge, partnerships and physical presence in Brazil in its present standing is one of the best bets for any business that aspires to capture the Brazilian market and wishes to ride on top of the rough turbulent wave of change. At DSC, as per our promise, we do not just suggest a mere solution and leave you to take the tough job of implementing it but endeavor to walk with you , matching you step by step, while being enormously vigilant and exhibiting highest level of readiness to combat the unexpected until you reach your destination.

Dominique Strategic Consulting sees opportunities in many sectors, but recommends especially healthcare and education which are government priorities. Private organizations will be looking at many ways to implement global innovations in Brazil (IT, technical, clinical, social, management, etc.). Let us know your opportunities and objectives for further recommendations.

For example, the health sector (Saúde in Portuguese) which totals over US $200 billion expenditure annually (close to 10% of GDP) involves IQG, ANVISA, hospital groups and other agencies which we have ties with as well as local and global pharmaceuticals, medical devices, CROs, clinics, pharmacies and other companies DSC is familiar with. To introduce a new product or service directly or create synergies with others with a distribution agreement, licensing, joint venture, merger or acquisition are all possibilities to consider to capture this attractive market and largest public health system in the world supplemented by private providers.

See you at the Rio Olympics next summer perhaps to prepare a long term gold medal in the Brazil business world.